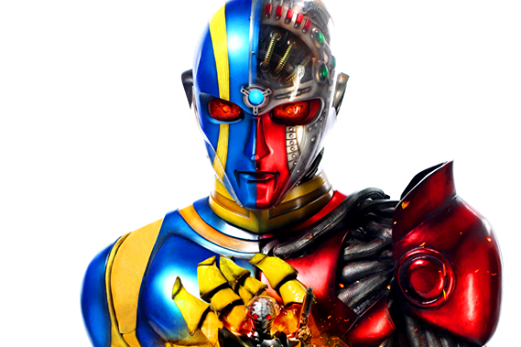 The series was originally a action heroes tokusatsu series, as was its sequel, Kikaider 01. A manga drawn in a style memorial of Osamu Tezuka’s Astro Boy was eventually published, introducing Kikaider 00. It was A 13-episode anime and 4-episode OVA based on the manga were created in 2001.
Ishinomori used the stories of Carlo Collodi’s Pinocchio, the basis for Astro Boy, as a tribute to its creator, Osamu Tezuka, Ishinomori’s mentor. Cyborg 009 is an influence for this franchise. Other bases for Kikaider included Mary Shelley’s Frankenstein, as the inspiration for his science fiction action story.
This year at the end of May will be released in Japan a live-action dedicated to the adventures of the android , the stock has REBOOT Kikader and will be directed by Ten Shimoyama , director active especially in music videos and on the side of the film is often remembered Shinobi for the feature film of 2005.