This is a moment of relaxation, but Sei is focused on improving the Star Build Strike. When Sei refuses to let him help with the work, Reiji heads into town to prove that he too can build Gunpla. As Reiji picks through the Gunpla in a hobby store, a man greets him. The man also drags in Aila, who happens to be passing by, and forcibly subjects them to a Gunpla lecture. Though his teaching methods are Spartan, the Gunpla they build following his advice is better than anyone would have expected. Reiji promptly takes his assembled Gunpla into battle, but the Gunpla that appears as his opponent looks just like a customized Gunpla that previously attacked him and Sei!
Sei father finally show up,event didn’t met his son Sei Iori. Watching this episodes make me want to build my own gunpla. 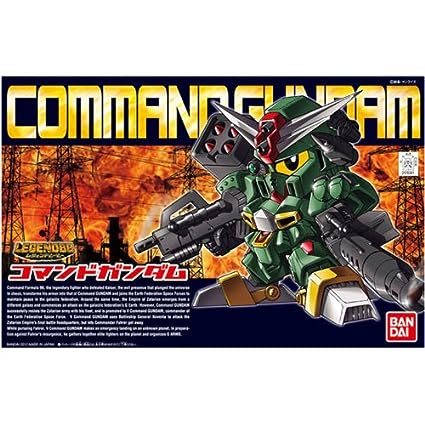 Command Gundam and Beginning Gundam
The SDV-04 Command Gundam is one of the titular Mobile Suits of the SD Gundam Franchise, which started with SD Command Senki: G-Arms. Unlike the Musha Gundam or the Knight Gundam, the Command Gundam is more based on ‘trigger happy’ depiction of Americans seen within many action films of the 1980s/1990s, such as Rambo. The Non-SD version is designed by Kunio Okawara and he is based on both the FA-78-1 Gundam Full Armor Type from the Mobile Suit Variations series and the actor Arnold Schwarzenegger.
The GPB-X80 Beginning Gundam is a prototype close combat mobile suit featured in Model Suit Gunpla Builders Beginning G original video animation. It is piloted by Gunpla builder Haru Irei in the anime and in the side stories by Takeru Nekki and Shingo Asume. The Gunpla also appeared in Gundam Build Fighters, where it is built and piloted by Reiji.
Toys detail