The World Tournament enters its third period, which consists of one-on-one battles using only the original weapons prepared by the tournament organizers. Nobody will know what the weapons are until the battle begins. Although confused by the unfamiliar weapons, the top fighters win their battles, one after another. Sei and Reiji’s opponent is the Thai representative Luang Dallara, a top champion of the tournament.
Gundam Abigor And Gundam Fenice Hopper 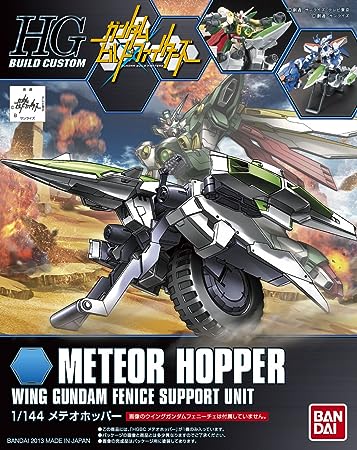 The ZM-D11GRB Abigorbine is a custom mobile suit and a variant of the ZM-D11S Abigor from the Mobile Suit Victory Gundam appearing in the Gundam Build Fighters. The unit is built and controlled by Luang Dallara.
Technology & Combat Characteristics
A customized purple-colored Abigor from Mobile Suit Victory Gundam, it is used by Luang Dallara, the Gunpla Battle Champion of Thailand. The overall design of the model is remodeled and enhanced with new parts, giving it a beetle-like appearance as well as improved overall performance and power. It also has the ability to transform into flight mode like the original and has small, fluttering beam wings. Weapon wise, it retains some of the Abigor’s weapons but has additional missile launchers and arm-mounted beam guns.
Toys Detail